In 1995, Camptonville residents started holding regular Town Hall Meetings to decide what would make Camptonville a better place to live. At every meeting, people said “having a Community Center, a place to connect" was a top priority.

In 2015, the local Masonic organization donated their lodge building, built in 1949, to the Camptonville Community Service District for use as a community center and local history museum. The building was in very poor condition and due to its age was in desperate need of repairs and renovation. In 2016 – 2017, 1200 hours of volunteer labor and $15,000 in local donations have repaired the major problems which allowed some usage of the building by the community. Yet, much more needs to done

The Camptonville Community Center is the hub that brings people together with activities in arts and crafts, education, recreation, and for public or private community gatherings. If needed, it can be used as an Emergency Shelter during wildfires and other disasters. Currently, the Community Center hosts a Saturday morning coffee gathering, a seasonal gardeners’ market, the annual Pancake Breakfast/Easter Egg Hunt, and the Sri Moonshine Music Series. 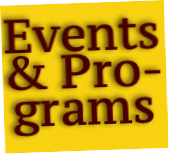 Every Saturday community members take turns hosting coffee from 10am - 12pm. This a great time to connect with other people in the community. Donations are appreciated. If you are interested in more information please contact Jocelyn Rapp at jocelyn.rapp@gmail.com.

Every Thursday morning at 10am is Yoga with Lucille. $10 per class.

Every Saturday in August & September from 10am-12pm local gardeners and artisans bring their goods to sell. This is a great way to support local economy! 10% of all proceeds are donated back to local non-profits. 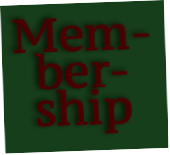 Your membership helps keep the Center alive and thriving as our community gathering place.

In appreciation, every member will receive:

You can download and print a PDF version of our Membership form HERE or simply fill out our online form below. If you are having issues with our online form, please try THIS LINK.